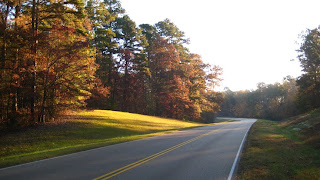 In leaving Tupelo I finally realized it was Saturday. I knew it was Saturday, but for some reason I didn’t connect it to the fact that there would be no morning rush hour to contend with. I had some miles to put in on the day, so I didn’t mind getting an early start. While there wasn’t the normal weekday rush hour, I saw at least a dozen trucks pulling bass boats behind them.

It seemed that north of Tupelo, MS there was very little flat ground. I was either pedaling uphill or coasting downhill. On one of the rare bits of level ground I happened across a coyote standing on the side of the road. I got to within 30 feet as it was concentrating on something in the opposite direction. I didn’t manage to snap a photo, but getting to see the coyote from close range was rather remarkable. In all the hiking I have done I have never seen a coyote and now on this bike ride I have seen two, and this one from 30 feet away. 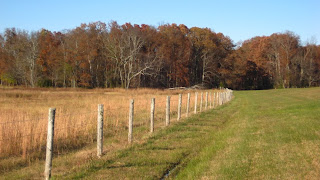 Another bit of morning entertainment was a car driving past that were two bike riders I met on my first day pedaling on the Parkway. They were driving a bit, biking a bit as they worked north. As they passed they yelled, “It’s a long way to New York”. It kept me entertained.

By mid-morning I was leaving the state of Mississippi for Alabama. I would only spend three hours in Alabama as I was cutting across the northwest corner, but my time in the state was noteworthy. 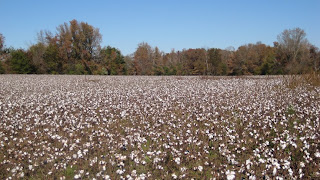 I spent the first hour pedaling to the Tennessee River. As I neared the river I came upon “Pioneer Days”, which is where I spent my second hour. What is “pioneer days” you ask? It is a meeting of like minded individuals that recreate some part of the pioneer life, such as basket weaving, playing the Appalachian Dulcimer, or showing off old tools. I had no intention of spending as much time there as I did, but whenever I speak to people a couple of generations my senior I find that I keep asking questions about how things used to be. One of the older gentlemen I spoke with (I think his social security number was 12) talked about his father having a horse drawn cotton gin. Another guy worked for the Baltimore & Ohio Railroad; B&O Railroad is more than just a square on a monopoly board. He even said that he still has his conductors lantern. I also sat and listened to a gentleman named Pat that had a number of musical instruments from the 1800’s. I have a little audio of him playing “My Home is in the Appalachian Mountains” on the Banjo Dulcimer. While listening I challenge you to not think about Huck Finn lazily drifting downriver. 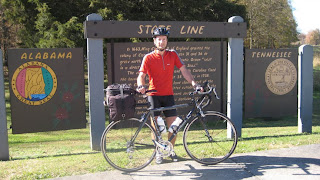 Once I crossed the bridge over the Tennessee River I pedaled another hour to Tennessee. While all I had to do was ride over a bridge to get across the river, Andrew Jackson was rumored to have paid $80,000 to be ferried across the river by the person running the cross-river ferry at that time.

In Tennessee the hills grew taller and longer. The grade wasn’t particularly steep, though I did huff and puff up one or two of them. The mileposts seem awfully far apart when the entire mile is up hill. In having the mileposts, what I also was able to confirm is that my bike computer comes up short in calculating mileage. When I left Tupelo in the morning I started four miles shy of the official mileage to Tupelo. By the end of the day I was dead even with the mileage and I took a couple of detours stopping at overlooks and in one case went off the Parkway into town. At some point I will figure out exactly how far off my computer is, but for continuity all my stats will be as stated by my computer. 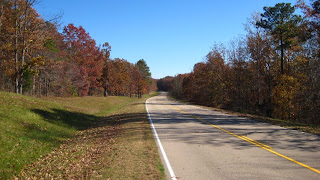 To find a hotel for the night, I would have to head seven miles off the Parkway. Before doing so though I stopped at Meriwether Lewis National Monument. Lewis is best known as the leader of the Lewis & Clark expedition which was sent out to find a water route to the Pacific Ocean as well as explore the western territory. Following the expedition he was made the Governor of the Louisiana Territory. The monument in his namesake was erected where Lewis died. There is some dispute as to the circumstances of his death whether he committed suicide or was murdered. Regardless of what transpired, it happened on the Natchez Trace. 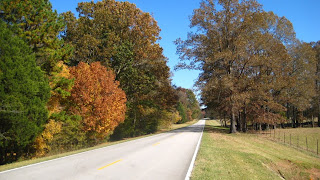 I pedaled to the town of Hohenwald, TN to find a place to stay. The name Hohenwald loosely translates to “high forest” in German. It put thoughts in my head of me having to climb some serious hills just to get to town, but the elevation gain didn’t materialize. My hotel left quite a bit to the imagination, but it was a roof over my head.
Posted by Kevin Knieling at 5:37 PM