Mount Washington and the White Mountains 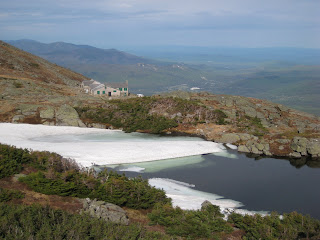 My not so evil plan of hurrying to cross Mt. Washington ahead of a storm that was several days out paid dividends in views and kind temperatures. Snow can fall any time of the year on Mt Washington at its 6,288 foot elevation, but worse still is that hurricane force winds are recorded at the summit of the mountain on average 110 days per year. Those aren’t very good odds if you are looking for a pleasant, still day.

I was on the summit of the mountain by late morning after the temperature had a chance to warm up from the low 30’s. There was only the slightest wind was making itself known. Before even starting the climb up to the summit, which involves little more than vigorous walking, there is a warning sign stating that numerous people have perished from exposure while climbing up the mountain, even in the summer months. I took note and continued on. On my climb up, it seemed that the temperature decrease as I gained in elevation (usually between 3 and 4.5 degrees F per 1,000 feet) were being offset by the increasing amount of warmth the sun was providing, creating a nice equilibrium in temperature. Add the warmth of the body heat I was generating and it let me stay in shorts and a short sleeved shirt until I took pause on the summit to observe the surroundings. 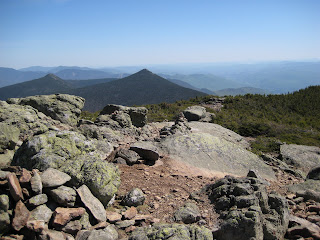 While on the clearest days on Mt. Washington it is possible to see Quebec to the north and even the ocean 100 miles to the east, I was able to see neither. I had no complaints though as visibility was still in the 70 mile range and the temperature was comparatively mild. Quite clearly visible and of interest to me was the Mt. Washington Hotel, down in Bretton Woods, NH. It was the location of the United Nations Monetary and Financial Conference that was held after World War II to agree on a new series of regulations in the global financial marketplace following the war.

In the visitors center on the summit there are numerous displays relating to all manner of things, though mostly the weather. There is however one morbid plaque on the summit chronicling the circumstances surrounding the demise of dozens of people whose life came to an end on or near the slopes of Mt. Washington. The plaque was most recently updated in 2008. 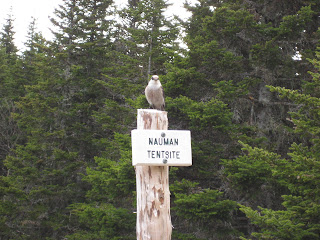 In my mind, crossing Mt. Washington and the 20 miles of the Appalachian Trail that are above the tree line and in the Krummholz zone were the crux of the northern part of the journey due solely to the uncertainty of the weather that is found on Mt. Washington in the Presidential Range.

Hiking through the Presidential mountain range is like a history lesson in the woods, trying to recall the accomplishments of the Presidents for which certain peaks are named. I had to think long and hard about Mt. Pierce, named of course after Franklin Pierce, but why him? It is like Teddy Roosevelt on Mt. Rushmore, probably the least of the contributors that are represented on the monument. Despite Franklin Pierce having the reputation as being one of the worst presidents in U.S. history, the mountain was named after him regardless, my supposition relating to the fact that he is the only president to hail from New Hampshire, home to the Presidential Mountain Range. Then again some of the mountains in the range are named after politicians who never held the office of President. 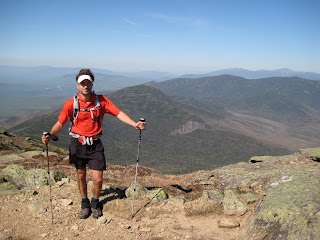 The Appalachian Trail is very poorly marked through the White Mountains as compared to other places, prompting me to be vigilant that I am on the proper trail, which oftentimes involves very deliberate reasoning in making decisions where trails meet and at times double and triple checking I am heading in the right direction. When the terrain is as steep as it is in the White Mountains, I would hate to have to go even a few miles out of my way. Miles are hard to come by in the White’s. Most people estimate that they cover a third less distance through the mountain range and were I not hiking longer days, my distance would be shortened to some degree as well. 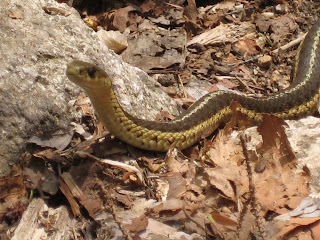 I survived the initial salvo of spring insects and as I have been at higher, cooler elevations, haven’t been bothered. I generally don’t care to use bug spray as if it can melt plastic, I really don’t want it on my skin. Also, I can’t wash it off at the end of the day and if I do, it will run into a stream. That being said, as I dropped down to under 1,000 feet in elevation above sea level the mosquitos picked up where they had left off. If I stopped for more than three seconds they were all over me. Even while hiking at a brisk pace I had a fair number to contend with. I was told that it will only get worse. Awesome!

In rereading what I had just written, it doesn’t sound as if I have been having the most pleasant hike, but actually quite the opposite is true. There are vistas offered in the White Mountains that are like no other on the Appalachian Trail. Wildlife is abundant and while the wildflowers have shifted to bunchberry, mountain sandwort and cloudberry they are plentiful in patches between the snow. 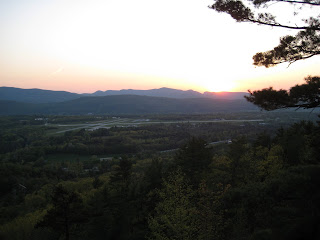 I leave off just 18 miles shy of the Maine border. While I am not one to count fowl prior to emerging from an egg, I am forced to have to start planning for the remaining 298 miles of the trail, including the 100 Mile Wilderness. I’m off…
Posted by Kevin Knieling at 9:56 AM