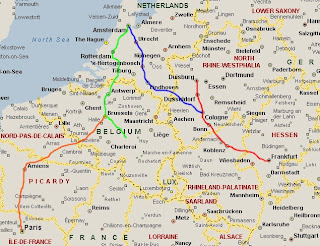 As the format for the game had changed removing the time deadlines each day, our team opted to get a bit of a later start. Having not gone to sleep prior to 2 AM since arriving in Europe, I needed an extra hour. I started my day by checking the train schedule to Epernay, one of the main towns in the heart of the Champagne region of France and where we would tackle our second challenge of the day. The research being done, I met up with Elizabeth and headed to Île de la Cité; an area of Paris steeped in history. Île de la Cité is home to Notre Dame Cathedral, Pont Neuf, Sainte Chapelle and oh, so much more. Not only that but Île de la Cité is the very center of Paris as all distances to/from Paris are measured to the square just in front of the Notre Dame Cathedral.

Elizabeth and I got about halfway through our series of tasks on Île de la Cité when we realized that we would have to catch the very next train to Epernay if we were going to make it before the Champagne houses closed. We cut it awfully close to the point where we didn’t have time to buy train tickets, so we just jumped on the train. I wasn’t really sure what the ramifications of not having a ticket would be but assumed we could purchase tickets on the train, perhaps with some sort of surcharge. As I used to do some Disaster Recovery work among other things in my days on Wall Street, it was my job to figure out what the worst case scenario would be. In this instance it would have been being fined and thrown off the train, but I highly doubted that would be the case. I figured we could always play the part of the dumb tourist. Hey, we wound up in the train yard in Brussels. 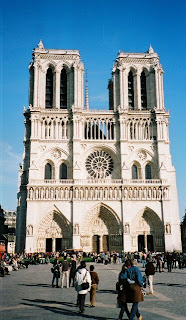 In another “traveler’s moment” the ticket collector came through, was more than happy to sell us tickets and lived in Epernay! Two days in a row. While she wasn’t going to give us a ride, she did have some valuable information for us. I had been to Epernay back when I lived in France but that was in 2000, so my memory was a bit hazy, especially after all that Champagne tasting.

Upon arrival we immediately hit the information center in town and began our walk to one of the Champagne houses we were to visit. As there were no taxis around at the time Elizabeth stuck out her thumb. My first thought was that there was no way it would work. Within two minutes Elizabeth had us a ride with a gentleman who was in the throes of starting his own guide service in the area. Another win.

We completed our first task and left without so much as having a single glass of Champagne. While we had another part of the challenge to complete, I had my own mission: to visit a very small Champagne producer that still seals the corks of his bottles as used to be required by French law, with wax and hemp string. I remembered exactly where to find Achille Princier and while the Champagne house was somewhat different, there are still two vintages sealed the old fashioned way. It takes approximately 100 times longer to seal the bottle by tying it with hemp string that with the metal cages that are used today. I can always appreciate old world craftsmanship. 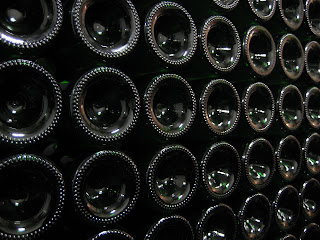 With my personal task complete, we made our way to another Champagne house and went on the tour. We didn’t film anything, but did enjoy the tour. Given the nature of the task we had yet to complete concerning Champagne, we figured we could do the filming back in Paris.

Upon arrival in Paris we returned immediately to Île de la Cité so that we could complete the remainder of our first task there. It was dark, but no matter, we were still able to get our filming in. It did however involve entering a park that was technically closed. Also, we still had to film our last task from Epernay and it was getting late. Most of the teams were going to meet up at 11 PM to go out as a group, so Elizabeth and I didn’t want to be late. I also just wanted to get our last challenge done beforehand; which we did. It was a relief to have finished up the game and go out for a bite to eat with the gang. Not too surprisingly, it turned into a late night.
Posted by Kevin Knieling at 9:22 AM