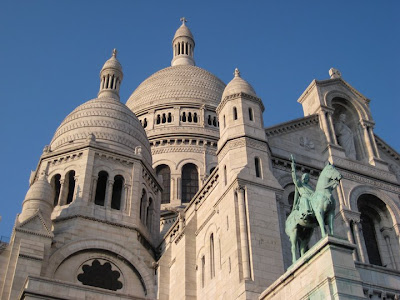 After checking into my hotel I did however wander over to Sacré Coeur, the Roman Catholic Basilica, to take in the view of Paris that it offers from its elevated location. As usual it was full of people sitting on the steps gaping at street performers with the city of Paris as a backdrop. 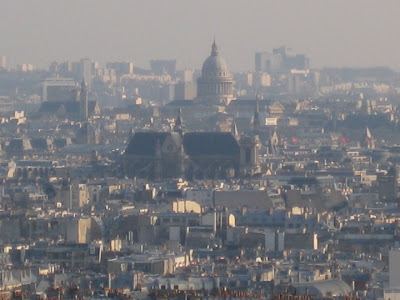 For dinner I was planning a much different meal than the night prior in Morocco. I wanted to visit an old haunt of mine from when I had first moved to Paris. It was a small Italian Restaurant across from my first apartment where the owner spoke only Italian and French. At the time I only spoke English and German, but somehow we always understood one another. The restaurant had since closed, but was taken over by another Italian gentleman that kept the high standard of food. It wasn’t quite the same, but I would gladly return. 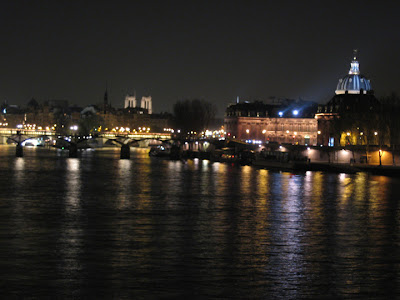 I decided to spend my remaining evening with a bottle of wine on Pont des Arts, usually a popular hangout with artists and students. While little was going on, there was a group of students playing the guitar and enjoying some wine. The group invited me over to chat, an invitation I accepted.

I generally find it interesting to speak to people in generations other than my own as there is always so much to be gleaned from conversation. This group of late teen/early 20-somethings firmly believed in the French Socialist ideals. While the political climate of France is changing, they believed that they too could live as their parents did including having a secure job, a 35 hour work week and six weeks of vacation a year. While on the surface this all sounds rosy, it does have its drawbacks...at least to a guy working on Wall Street. Here is some of the guitar work of one of the guys as we looked at the view of the picture just above:

I left my new friends with a half a bottle of wine and bid them farewell.
Posted by Kevin Knieling at 7:53 PM