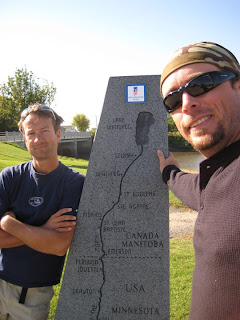 It was nice to wake up in a bed as opposed to on the river bank and in a cavernous room nonetheless. I couldn’t sleep as I was like a kid on Christmas morning. My laptop had been delivered to the Post Office in town and I wanted to go collect it. Kobie was more than happy to let me use his, but in both of us updating our websites, one computer between the two of us just wasn’t enough. It is surprising how dependent I have become on technology. None of the early explorers had to deal with it. Then again, they were far more focused on food, shelter and clothing.

As was becoming the norm on a day off, I spent all morning cleaning my kayak and other gear. Being someone who as part of his former job had to streamline processes, I might have thought that I could reduce the amount of time it takes to clean all my gear, but really, I can’t. There is no one to delegate to. On a positive note, I found a pair of shorts I thought I had lost. They were jammed all the way up the front of the kayak. It is an easy place to lose things. I will be mindful of losing things up there and check there before declaring items missing. Cancel the APB.

On my list of chores for the day was to e-mail the Minnesota Department of Natural Resources the corrections of the Red River maps, so that they would hopefully incorporate them benefiting other users of the river. Saving one person looking for Catfish Haven, a nonexistent campground would make all my effort in transcribing notes worth while.

More importantly, to me anyway, I also spoke with my kayak manufacturer. They had requested photos of the bottom of my kayak so that they might see how it was bowed. As is usually the case, photos didn’t do it justice, but make no mistake, the keel was not straight. 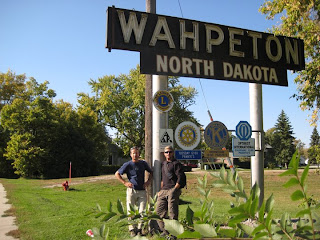 We made our way thorough town to get some supplies. When we went to the hardware store, where the guys working there recognized us from a TV spot we had done. For someone like me that is kind of fun as I enjoy meeting people, but I am not surprised that it gets old very quickly for celebrities trying to go about their business. I had to laugh as I was standing on line at the check out as the person in front of us was paying by check. Yes, people still pay by check. I write exactly four checks a year; once each quarter for my health insurance, but it seems that some people make it a regular habit. What was I saying about becoming dependant on technology?

I spent the evening researching the Bois de Sioux, the next river we would have to paddle, or at least I hoped we would paddle it as the water level might be a bit low. I also did my homework on the financial rescue package and tried to keep abreast of what was happing on Wall Street. I have been out of it directly for a couple of years, but never far away.
Posted by Kevin Knieling at 3:57 PM